Several members of the Cañon City Geology Club spent the weekend of August 28 - 30 in Creede, Colorado.  They visited the Last Chance Mine on Saturday, working through the tailings finding sowbelly agate, amethyst crystal mass, galena, native silver, red jasper, pyrite and drusy amethyst.  The Last Chance Mine is a historic site, one of the oldest mines around.  The mine is about 9000' in elevation and has a spectacular view. Historic buildings still stand and are being restored.  A museum and gift shop have amazing specimens of the local minerals. 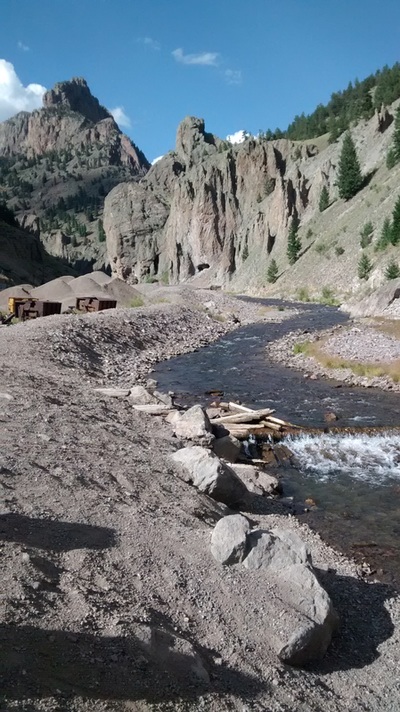 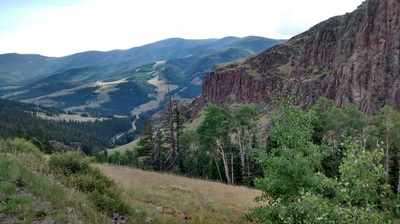 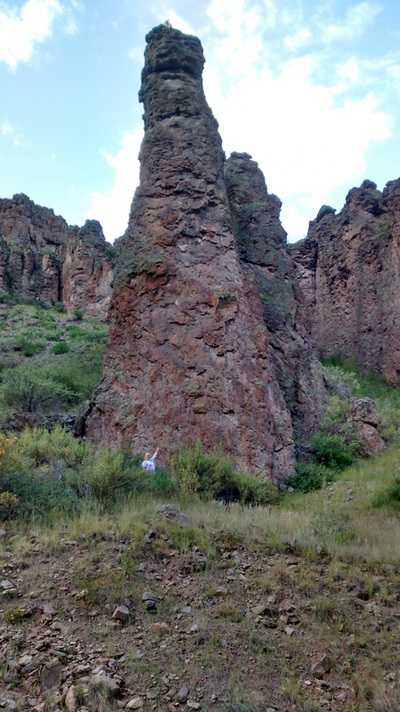 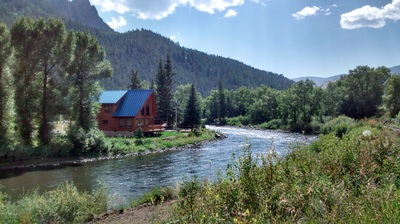 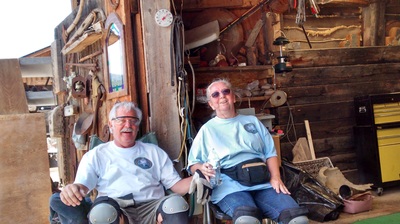 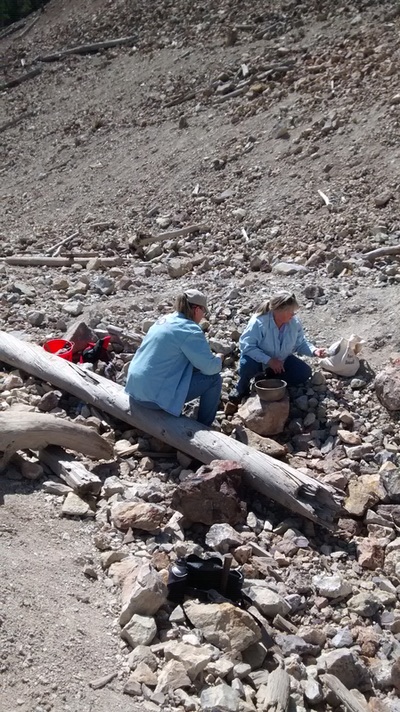 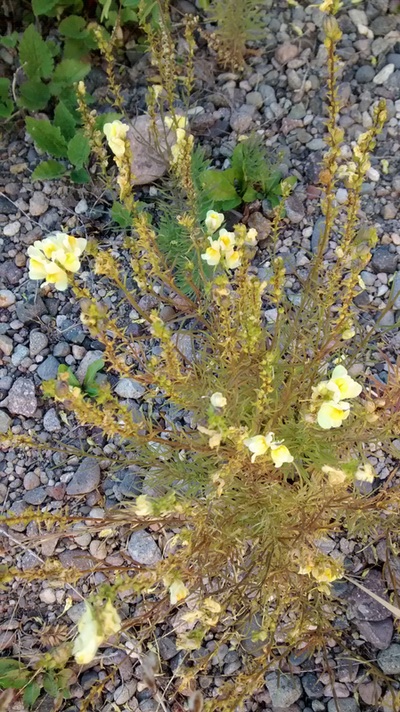 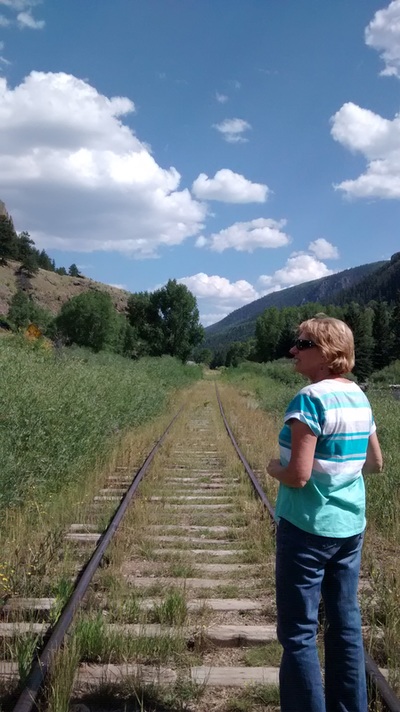 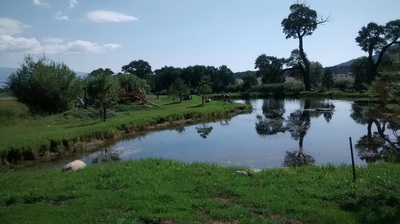 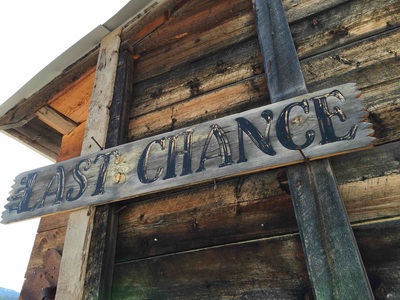 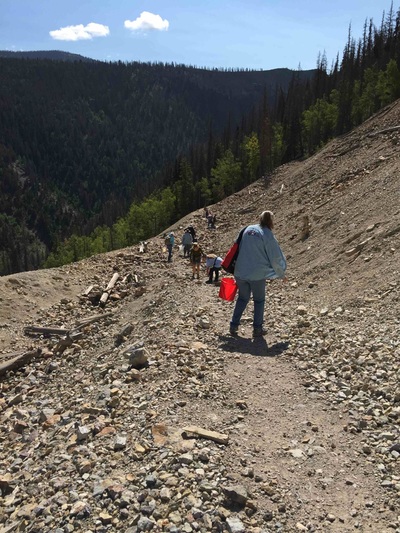 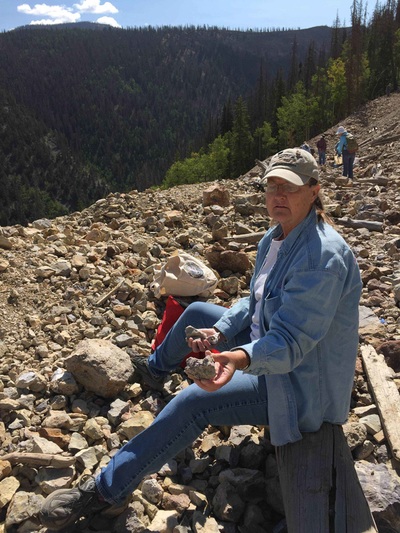 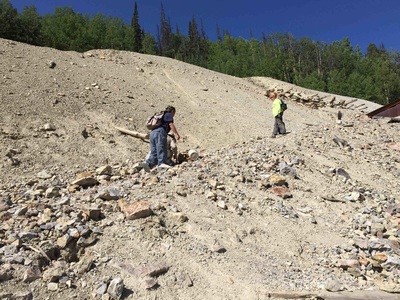 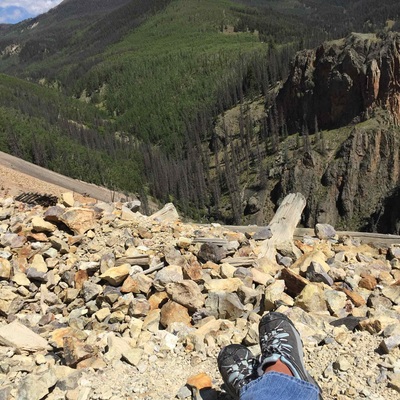 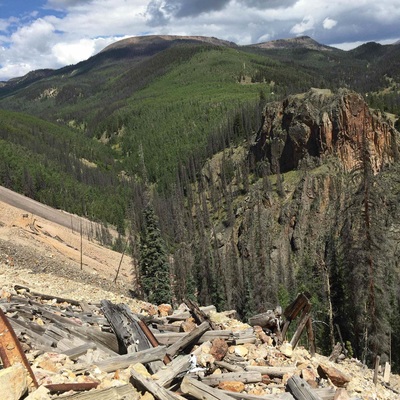 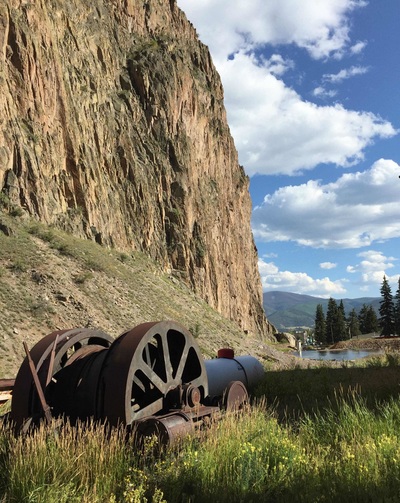 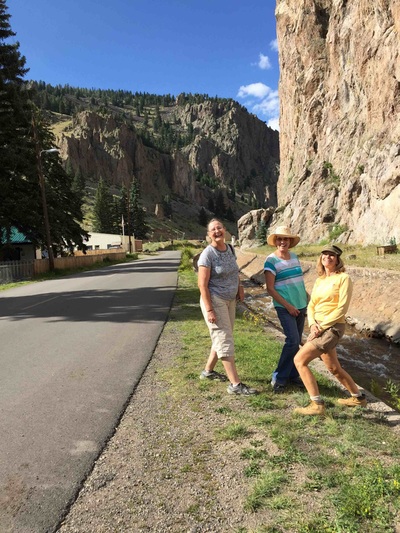 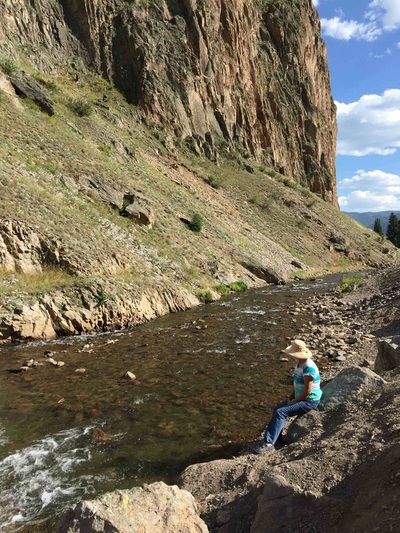 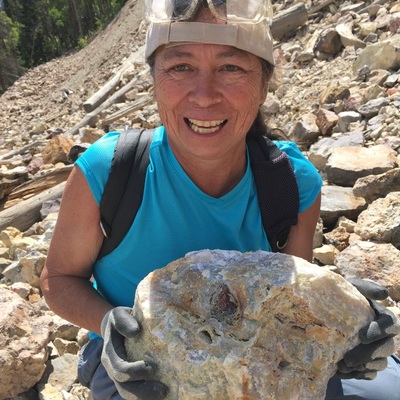 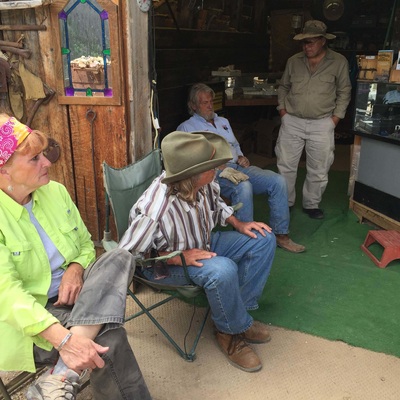 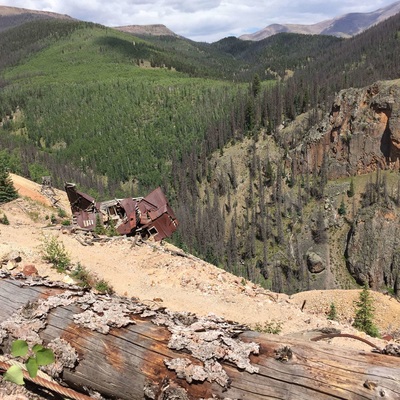 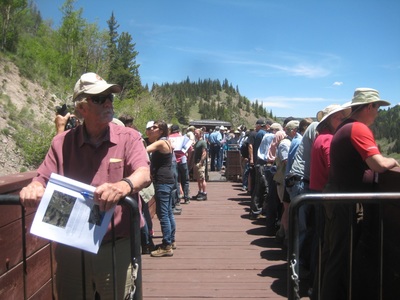 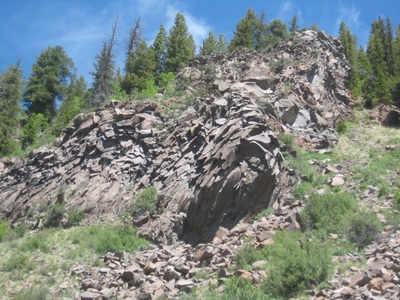 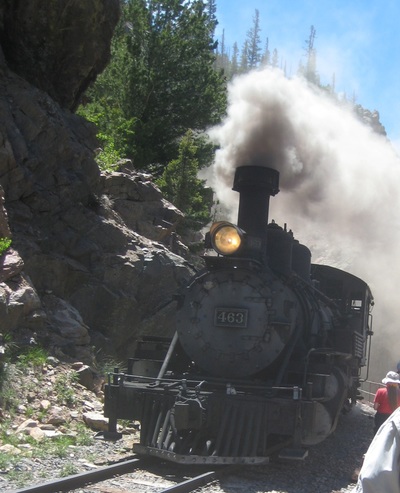 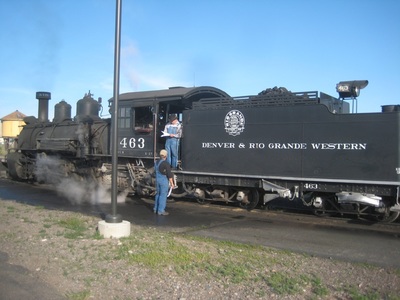 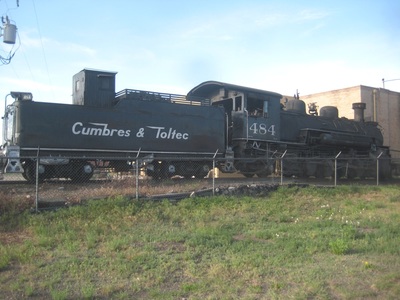 Written by Cindy Smith
If you don't know your breccias from your tuffs, spend a day aboard the Cumbres and Toltec Scenic Railroad, traveling 64 miles from Antonito in southern central Colorado to Chama, just across the border in New Mexico.  Barry and I experienced the 5th Annual Geology Train Excursion with a couple of hundred other rocky-minded souls, learning the history of the landscape while watching the rocks go by with explanation and guidance from Rob Benson, Professor of Geology at Adams State University, as well as experts from New Mexico Tech, the University of Arkansas, the Great Sand Dunes National Park Service (who, by the way, studied dunes on Mars), and the Colorado Geological Survey.

The comforting sway of the red train car pulled by the 1929 heavy black iron engine weighing 230,000 lbs, puffing black smoke, chugging its way up and over the Cumbres Pass  - we had the rare opportunity of traveling in a living museum.

This delightful journey traveled through three zones:
The Rio Grande Rift Valley, created some 15 million years ago when the San Luis Basin valley lowered about one inch every century and then later filled up with 17,000 feet of sediment.
The San Juan Volcanics with their sharp, angular breccias and softer erodible tuffs, creating hoodoos and spires jutting out from the surrounding mountains, depositing the Conejos Formation, leaving behind andesitic debris flows, flow breccia, lava flows and volcaniclastic sediments - all various indicators of an explosive era some 29-33 million years ago.
The more recent ice aged moraines and erratics, individual rocks brought in from more distant locations by the glaciers and then fell wherever the glacier ended its days.

We traveled through remote backcountry, stopping regularly to study the formations, see faults, and discover structures I'd never heard of before.  Structures like a shield volcano, this one called San Antonio, with its easily recognizable mound shape, a Miocene volcano some 8-10 million years old.  Shield volcanoes are built by fluid magma flows that rise to the surface, pouring and spreading the lava evenly over the ground. The more common volcano is known as a stratovolcano or composite volcano, supports a cone and erupts explosively.

We were amazed by cooling joints, fascinating examples of what happens to lava when it comes into contact with water - the lava cools quickly and creates a smooth surface with gently sweeping flows.

The rocks, the wildlife and vegetation, the camaraderie, and the vistas created a magical experience we would repeat in a heartbeat.  Life is rich!

Many of the beautiful red rock formations are Fountain Formation sandstones, named for nearby Fountain Creek, and more recent red sandstones are from the Lyons Sandstone, which was quarried extensively within the park, providing building materials for many well known buildings from Colorado Springs to Denver, including Redstone Castle and the Molly Brown House.

Moving to younger and younger formations, we explored the Morrison, Dakota, and Benton formations.  A late lunch was enjoyed where the Codell sandstone was tilted to near vertical, and Sharon pointed out a shark tooth (conveniently outlined with green crayon) and multiple ammonites.  Further exploration revealed two additional shark teeth.  Of course, since this is a city park, nothing was collected.

The area invites additional exploration, or just enjoy a relaxing walk in the park.
For More Information: http://www.cospringstrails.com/hikes/redrocks.html

On a beautiful March day, the CCGC went out to search for garnets.  And we found them!!!  Lying on your belly in the middle of the road proved to be the best position.  Great turn out, great trip, and thanks to all who made it possible.

Lead by Bob Hickey - Jan. 24 & Feb. 7, 2015
This was a wonderful two part journey, starting from Salida and gradually working our way south and east down the Bighorn Sheep Canyon, traveling through time and space. Bob Hickey, our exciting host, was enthused about his topic, and well versed in all the tremendous forces involved in creating this gorgeous valley.  He remarked that none of us would travel Highway 50 and see the canyon in the same way as previous to the tour - and he was right!

The geologic history of the region from Salida to Canon City is truly fascinating, and not yet completely understood.  Bob Hickey explained the events that have shaped this region, from the ancient metamorphic rocks, buried for more than a billion years, to the inland sea where dinosaurs walked, and then the rise of the current mountains, tilting and moving the layers both up and down, and the volcanoes that have more recently shaped the landscape.  Few regions show such geologic diversity.